Despite the pandemic, when the timing was right for Debbie Brunell, she became a Florida Oceanographic Society Exhibit Guide. She’s already given 100 hours of service. “Growing up in New England I always felt a strong connection to the ocean,” says Debbie. “When I finally had some free time in retirement I wanted to volunteer and being an Exhibit Guide is a great way to carry out our mission of inspiring stewardship of Florida’s coastal ecosystems. Plus, I can have really meaningful conversations with my granddaughter, who is studying marine biology at the University of Miami.”

Volunteering as an Exhibit Guide is a natural fit for Debbie, who taught high school French and Spanish for 16 years in her hometown of Lexington, Massachusetts. Still, she felt like a novice when she started. “First I needed to learn all of the ocean facts and the touch tank residents,” explains Debbie. “The training I received at the Coastal Center was very helpful, and the staff members here are excellent mentors. It didn’t take long at all for me to feel comfortable helping visitors learn about the touch tank.” 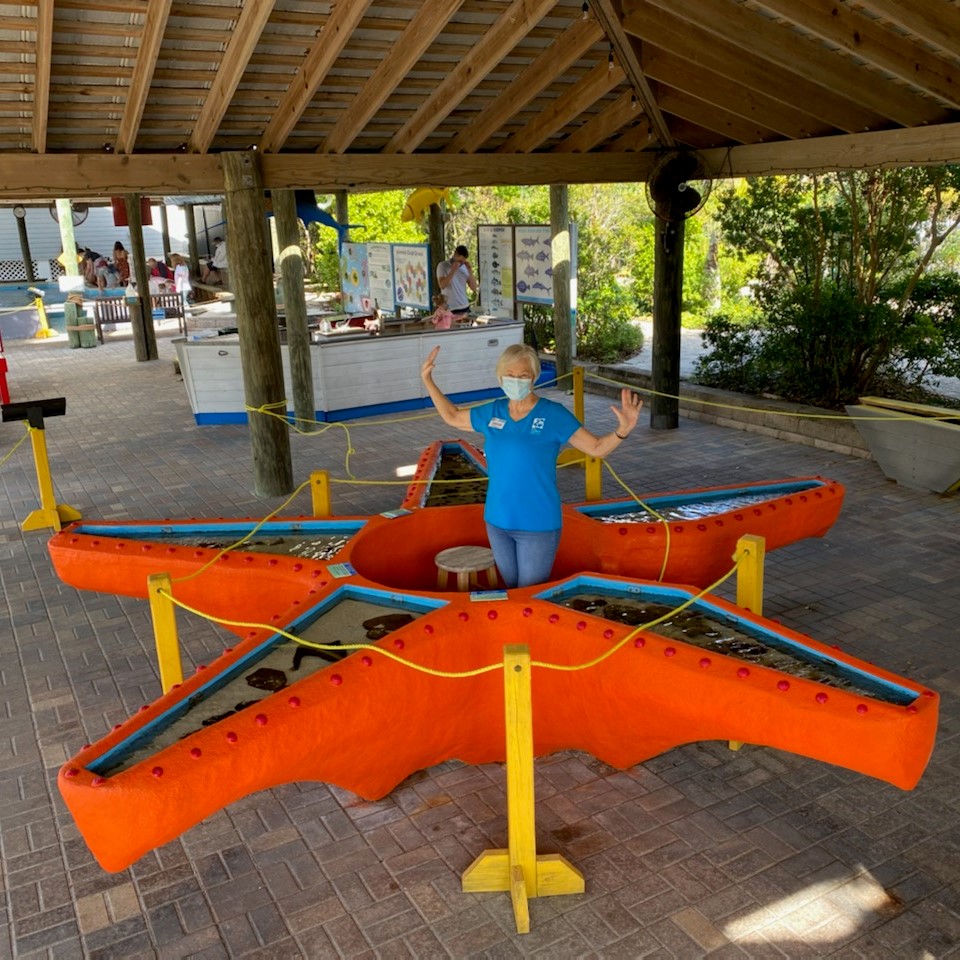 Debbie’s husband David is a senior league second baseman, and his teammates in Massachusetts encouraged them to come to the Stuart area for the Winter League. That was a 12-year tradition before Debbie and David moved permanently to Florida. Debbie enjoys the circle of softball friends they have in both locations. Her two daughters and three grandchildren still live in Massachusetts, too. When she’s not watching her husband play, Debbie likes to ride her bike and practice yoga. She is also a huge fan of historical fiction and literary works, and loves to spend a few hours with a good book out on her lanai.

During a visit to the Coastal Center before she retired, Debbie heard Dr. Zack Jud, Director of Education and Exhibits, give a talk on the Gamefish Lagoon. “He gave a powerful presentation – he’s very good at raising people’s consciousness about the impact of pollution on the Indian River Lagoon,” Debbie says. “After that experience I knew I wanted to get involved as a volunteer. I’m finding out that the younger generation has such an awareness already. They understand the ecological impact humans are having. I love seeing their engagement!”

Good eats: Any good restaurant on the water