Volunteer Caroline Curtis Follows Her Passion for the Ocean 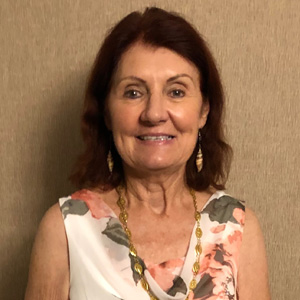 Caroline Curtis credits her daughter for opening her eyes to what would  become a lifelong passion. “My daughter invited me to try snorkeling with her  when we were living in Hawaii,” says Caroline. “As soon as I put my head under  water, I was hooked on all of the beauty I saw there. The ocean became my  passion.”

Caroline was so inspired by the underwater world that she changed  careers.  She went back to school at the University of Hawaii  to study biology.  There she fell in love with green sea turtles during a summer course that   monitored them on The Big Island.  (She later continued her bachelor’s and master’s degrees in biological science at Florida International University.) While she lived in Hawaii she volunteered at the Waikiki Aquarium, where she learned about tide pools and Hawaii’s beaches in an intense, two-week docent training course. Eventually, she became a lab manager and research assistant at Florida International University (FIU) in Miami. “Our project was funded by the National Science Foundation,” says Caroline. “We studied the brain activity of fish from the Amazon River to gain insights into human brain activity.  It was fascinating.”

Her work in the lab was a broad departure from her earlier career in business. After high school, Caroline left her home and family in Scotland to work in London, then moved to Morocco for nearly a decade to work in banking. She met her husband Colin and the couple moved first to Hawaii for his work, and later, Miami. After Colin’s passing, Caroline remained at FIU until she retired in 2015.

She continues to travel the world, visiting her daughter and three grandchildren in Australia, and her sisters in England. She feels lucky to have her youngest son still close by in Miami, and her middle son and two grandchildren even closer near the Port St. Lucie home she shares with her husband of nearly five years, Dennis. Just last year, she and Dennis visited Hawaii and snorkeled in her favorite spot, Hanauma Bay.

Caroline became an exhibit guide with Florida Oceanographic Society in 2015, and she’s given more than 300 hours of service. “I love sharing my passion for things in the ocean, especially the invertebrates,” she notes. “People often see them as small and unimportant, but when I tell them how snails make their shells, or how sea urchins have tube feet and eat with five little teeth you see their eyes opening wide. I get a big kick out of it!”

AM & PM: Walking her Vizsla-mix Beau