Tom Thornton Mobilizes to End Plastics in the Ocean

Five or six days a week, retired Navy scuba diver Tom Thornton scours the beach for trash – especially plastics – near the Sand Dune Café. He picks through his full garbage bags to create funny, often ironic Trash Art which he shares on his Facebook page to draw attention to the endless plastic litter in the ocean.  He logs his hours as independent beach-clean ups for Florida Oceanographic Society. Over the last 18 months he’s given more than 100 hours of volunteer service.

“You would not believe what I find on the beach,” says Tom, “just incredible amounts of plastic and litter. I’ve also found quite valuable items, like unopened bottles of expensive liquor, and a high-end Nikon camera.” You can check out Tom’s Facebook page @seatom to see more of his unique finds.

The ocean has always been integral in Tom’s life. He grew up in southern California where his father, who was a lifeguard, had Tom swimming at a very young age. After earning his bachelor’s degree in marine biology, Tom spent 24 years in the U.S. Navy as a deep sea diver. His stations included Scotland, Thailand, and many coastal cities in the U.S. After he retired, Tom and his wife Pamela lived in Seattle, where Tom worked as a NOAA (National Oceanic and Atmospheric Administration) fisheries biologist, touring Russian and Japanese fishing vessels to count their catch. “They were after squid, and we’d count the species that were caught up in their nets,” says Tom. After fishing moratoriums put an end to his job at NOAA, Tom worked as a collector for the IRS. In total, he spent 38 years as a federal employee.

Tom’s love of scuba diving brought him to the Treasure Coast, where he can dive in warm waters with lots of coral reefs. His favorite dive right now is near the Blue Heron Bridge in Riviera Beach. “People used to dump their aquarium fish there, so there are many non-native fish and lots of seahorses,” notes Tom.

Tom’s Trash Art only scratches the surface of his interest in art. Underwater photography is a frequent part of his dives. He also has 30 pieces in his art collection by internationally renowned marine life artist Wyland.

At the Coastal Center, Tom also volunteers for the FL.O.O.R. (Florida Oceanographic Oyster Restoration) program. “I used to volunteer at Mote Marine when I lived in Sarasota, and when I moved to Jensen Beach, Florida Oceanographic Society was a natural for me,” says Tom. “Let’s get the trash off the beach and the plastics out of the ocean!”

Good eats: Chick-fil-A (always 50% off for the military)

Beach treasure: a chunk of ambergris, a solid waxy substance secreted by sperm whales that was a prized ingredient for perfumes 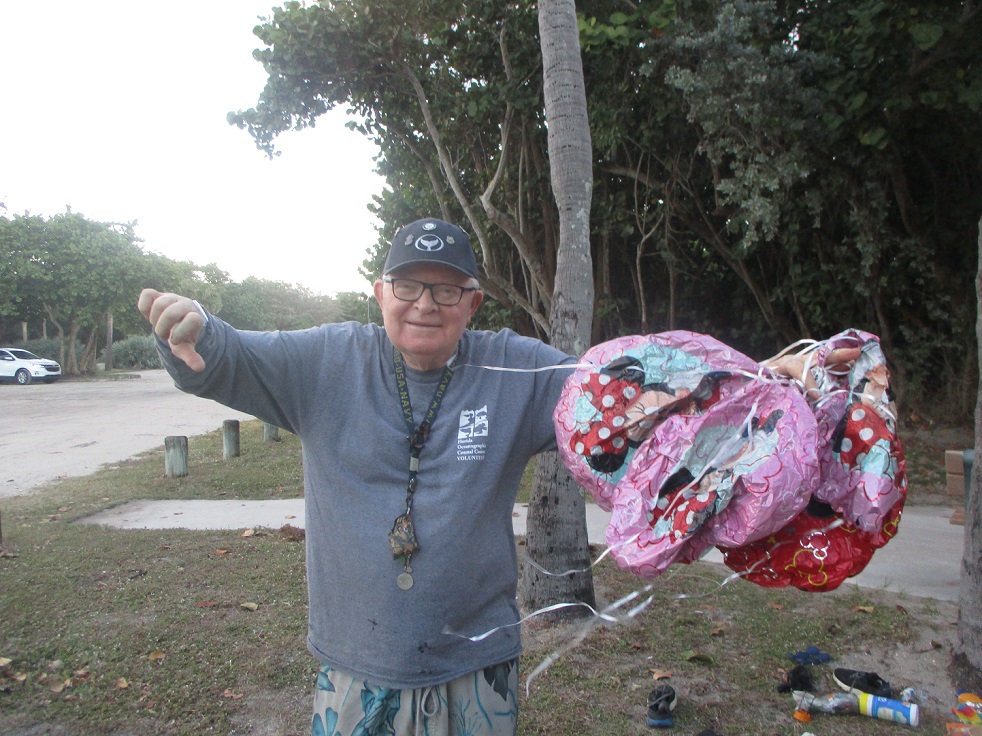 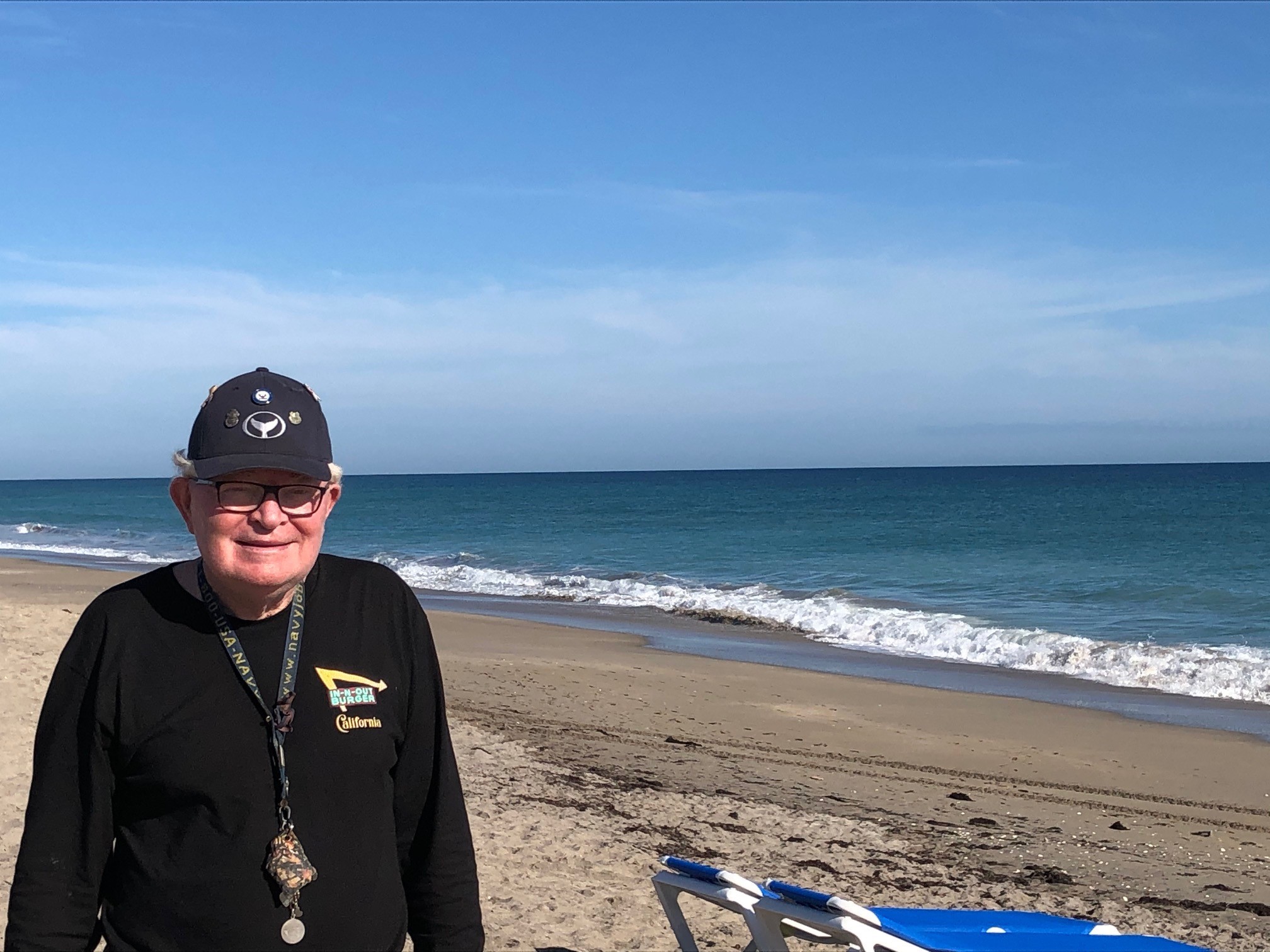