Gender Gyration in the Fish World

In humans and most other mammals, the gender of a baby is typically determined at the moment of conception.  Granted, you won’t be able to start thinking about names or paint colors for another 5 months or so, but biologically speaking, the second a mammalian sperm runs into an egg, gender is set.

Things get a little trickier with certain reptiles that use temperature-dependent gender determination.  In scaly critters like sea turtles and alligators, fertilized eggs are a completely blank slate for the first few weeks of incubation – every egg has the potential to become a male or female hatchling.  Temperature of the nest ultimately determines the gender of developing embryos, and the final result is irreversible.

Fish take our very human notion of gender and throw it into a blender.  Sure, some boring fish stick with one gender throughout their lives, but many fish species spend parts of their lives filling both gender roles.  One common example of gender swapping in fish is known as sequential hermaphroditism – fish that start out as one gender, and then permanently switch to the opposite sex.  The best-known sequential hermaphrodite in our local waters is the common snook.  Snook are protandrous hermaphrodites, meaning they are all born as males.  By age seven or so, most male snook have reversed gender, and will live the remainder of their lives as females.  The majority of over-slot snook we catch (as well as many fish in the slot) are girls.  Clownfish – like our buddy Nemo – are also protandrous hermaphrodites.  In a biologically accurate version of the popular children’s movie, Nemo’s “dad” would have become “mom” after his mate was eaten by a barracuda.  Many grouper species are also sequential hermaphrodites, but unlike snook, these protogynous hermaphrodites start out as females and become males as they get older.  While trophy snook are almost always females, the largest grouper on the reef are usually males.

Moving from unusual to downright weird, some fish can actually fill both gender roles at the same time.  These fish – known as simultaneous hermaphrodites – have male and female reproductive organs when they are mature.  Anytime two simultaneous hermaphrodites cross paths, they are able to reproduce with each other, hence the old fish biology saying “any two will do.”  This mating strategy works out well for fish that might only encounter a potential mate once in a blue moon.  Imagine the disappointment of running into a member of your species for the first time in months, only to realize that you’re both the same gender!  For simultaneous hermaphrodites, that’s never a concern.  Fish called hamlets – small, colorful members of the grouper family – are common simultaneous hermaphrodites that you might see while diving or snorkeling on our reefs.  When it’s time for a pair of hamlets to mate, the fish will actually take turns acting as male and female, switching gender roles every few minutes.

Perhaps the most bizarre fish in this story is the diminutive mangrove rivulus.  At barely 2” long, this tiny fish has the distinction of being the only self-fertilizing hermaphroditic vertebrate in the world.  Like other simultaneous hermaphrodites, the mangrove rivulus is capable of producing eggs and sperm at the same time.  What sets the mangrove rivulus apart from every other vertebrate on earth is its ability to fertilize its own eggs.  It’s almost like the fish is able to clone itself!  Mangrove rivulus are commonly found living in small pools of water at the bottom blue land crab burrows – not the best place to find a mate!  Fortunately, as a self-fertilizing hermaphrodite, the mangrove rivulus has no need for a mate.  These tough little fish can actually survive out of water for weeks, so when it’s time to reproduce, they flip out of their crab burrow, find a moist spot in the mud and leaf litter, and lay a clutch of eggs that will hatch with the next extreme tide.

Gender swapping in fish is more than just a biological curiosity – it has huge implications when it comes to fisheries management.  Minimum size limits and slot limits are frequently based on gender changes that occur as fish grow.  Specifically, size restrictions are often meant to protect females in the population, since future generations depend on the eggs these ladies produce.  So while you might be frustrated to have to release a trophy “over-slot” snook, try to remind yourself that she represents the future of our fishery as she slips through your hands, back into the water.

Zack Jud, Ph.D., is the Director of Education at Florida Oceanographic Society.  He can be reached at zjud@floridaocean.org 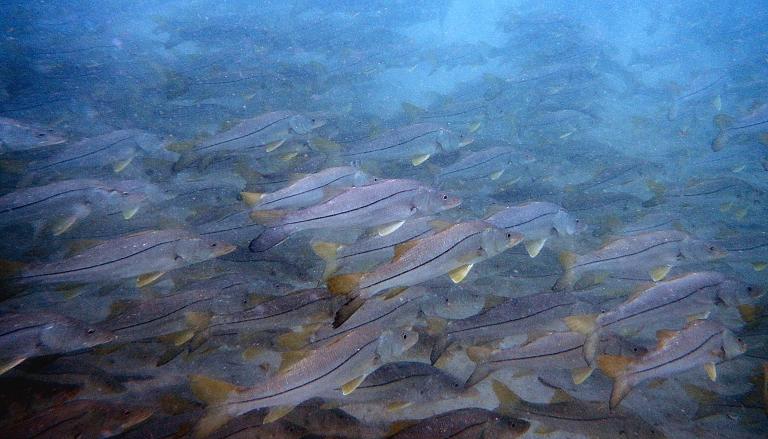 Many of the male snook in this Jupiter Inlet spawning aggregation will be females by the next spawning season. 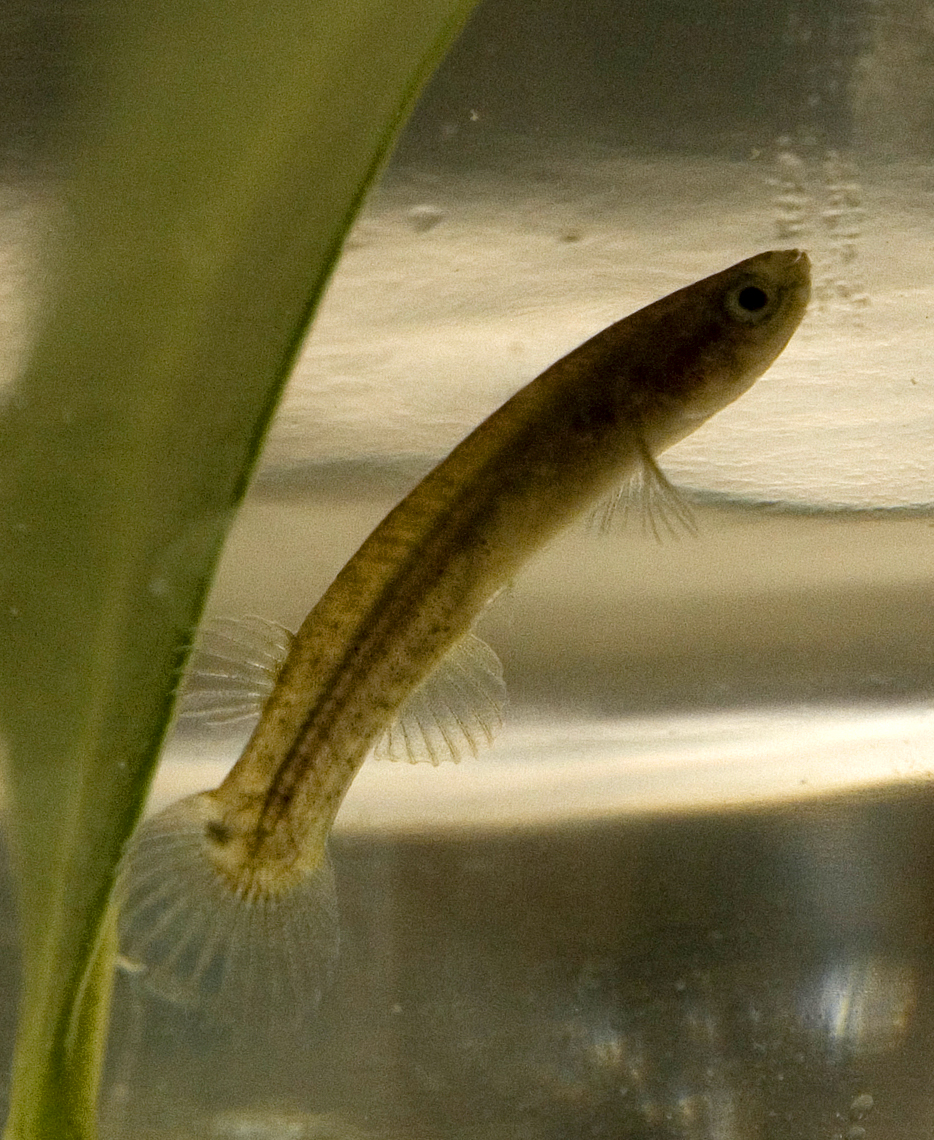 This tiny mangrove rivulus is the only vertebrate on earth that can fertilize its own eggs!